At Conservatory Online Prices we are committed to providing customers with fast and simple online quotes from local installers with no obligation to buy.

Compare conservatory prices in Kent to get the very best deal.

Create a quote from 100's of conservatory designs.

How can you be sure that you’re getting the best quotes for conservatories in Hemel Hempstead? There are hundreds of installers in your local area that are looking for business – but only a small handful will be trustworthy and affordable enough to complete your building project on time and within budget. So, how much does a conservatory cost in Hemel Hempstead?

The best way to find local companies that can install conservatories in Hemel Hempstead is to take the first ten that pop up on Google and then look on their websites to see if they are accredited, fully insured and can back up their work with a 10 year manufacturer’s guarantee. You should also look on Checkatrade and Google Reviews to see what their customers are saying about them – as this feedback could strongly influence your buying decision.

The quicker alternative is to visit our Online Conservatory Quote tool for an instant quote. A member of our team will then call you to see what you want to do next – it’s your choice entirely and you certainly won’t be under any obligation to do anything if you’re not ready.

Not many homeowners are familiar with the term orangery. That’s understandable, because they are less populous than conservatories – and those that you do see may simply look like extensions of the buildings they’re attached to, as they tend to be built predominantly from masonry.

Should you buy an orangery or conservatory in Hemel Hempstead? Let’s explore the idea…

As already indicated, these two types of extension look very different. An orangery will probably also be built out of durable hardwood, although this doesn’t have to be the case. It can be replaced with decorative UPVC instead that mimics the look of timber. In most cases, a glazed lantern will be built in to the roof. Aside from being decorative, it’ll let in some much needed light, as orangeries use less glass than their conservatory cousins.

Still undecided between an orangery or conservatory for your Hemel Hempstead home? The latter will look distinct from your home and add character, whilst the former could be mistaken for an extension. It al comes down to a matter of taste at the end of the day – but you could always ask our installers for some advice.

Create  a free conservatory quote or contact us for a call back, so we can talk you in more detail about what you need.

Should I Buy a Conservatory?

Will a conservatory add value to your home? In some cases, you could see an uplift of 7% – but this isn’t a given. The build quality of the conservatory you buy, coupled together with the budget you have available, will influence the return you get on your investment (put another way – your profit will increase in line with the scale of your extension and the strength of the final design).

The question beggars, then: Should you buy a conservatory in Hemel Hempstead – or are you better off saving your money?

Here are a few points to consider:
1. Is your garden south facing? If it isn’t, you’ll be spending a lot of time in the shade – which won’t be much fun, nor very appealing to any future buyers!
2. Will the extension take up too much garden space? If it’s going to dominate too much, then should you buy a conservatory? It may make your exterior space seem a little cramped.
3. Do you have limited space elsewhere? A conservator could serve to act as a playroom for your children, or a dining room for entertaining your friends and family – in which case it could save you money on moving.

If you’re still not sure if you should buy a conservatory in Hemel Hempstead, request a free conservatory quote and we’ll arrange to call you for a more detail chat about your conservatory ideas.

Should I Buy a DIY Conservatory?

If you are having to work on a limited budget, a DIY conservatory (also sometimes referred to as a modular conservatory) can seem appealing, If you look at some suppliers’ websites, you’ll see that they’re promising savings of up to 70% – but does this mean that you should buy a DIY conservatory or take an objective step back and look at the bigger picture?

DIY conservatories are not as expensive as fitted ones. But they are often cheaper for a reason – as the materials used are not always as good as those used by professional installation companies that will complete the building work for you. A poorly constructed conservatory – or one that looks cheap – will probably devalue your property.

So, should you buy a DIY conservatory in Hemel Hempstead or not? There are some great suppliers out there selling equally good products. If you are skilled enough to complete the work – and are confident that the company you’re buying from are selling a quality product and will support you – then this may be the best route for you to down. 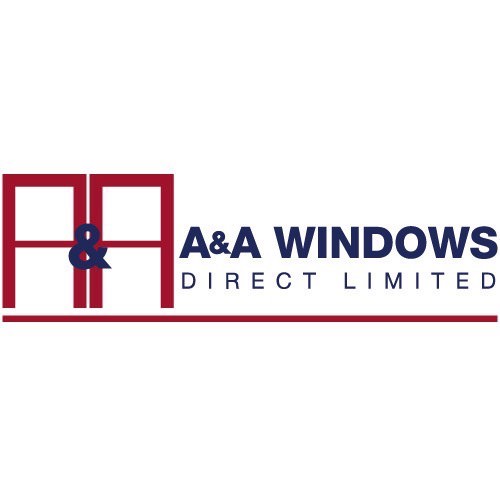 Although they are based in Harlow in Essex, A & A Windows covers all of Essex, Hertfordshire, North London and Cambridge. They can offer a wide range of double glazing solutions for customers needing doors, windows or conservatories – and are fully accredited too.

★★★★★
New door was fitted efficiently (within a few hours) and with minimal fuss and disruption. From initial meeting to discuss options and pricing, to placing the order, to the fitting, the service from A and A Windows Direct was excellent. The sales rep was very patient with our fickleness and several call backs to get pricing on different door options - kudos to him! Recommend the company for any work within their scope of service.
Customer in Harlow

★★★★★
The windows were very quick to make and were installed around 4 weeks after surveyors measurements. Windows are great and the installers ensured the house was tidy afterwards and no decoration spoilt.
Customer in Harlow

What Roof is Best for a Conservatory?

To insulate your conservatory properly and block out unnecessary noise, opt for a glass or tiled roof. Avoid polycarbonate roofs, even though they are a lot cheaper than other styles available.

How do I find a conservatory installer?

We can call you with the details of three local firms, once you have completed our online form. It's much quicker than running manual searches through the Internet can calling each installer individually.

Should I buy a modular conservatory?

Only if the materials are of comparable quality to those a fitter would use, and providing the supplier can support you if things go wrong.

Compare Prices and Save up to 40% on your home improvements